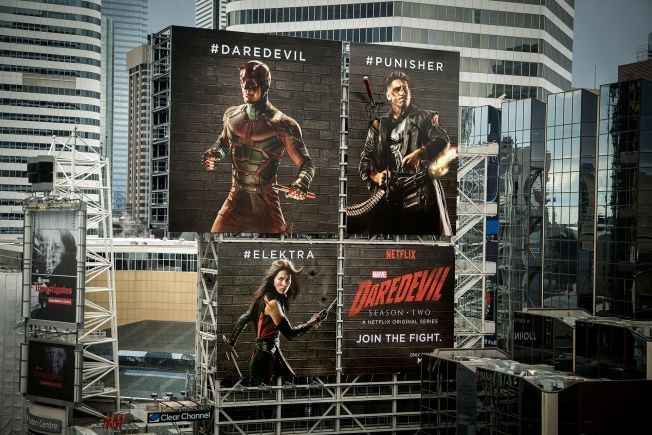 This Interactive Billboard Ad for Daredevil is Powered by Hashtags

In total, there were three separate character billboards for Daredevil, Punisher and Elektra that were arranged closely together. Each was branded with a hashtag and every 48 hours, the character with the most social media mentions could inflict damage to the other two characters' billboards. With time, the interactive outdoor billboards became filled up with bullet holes, slashes, painful bruises and even a few deadly 3D weapons.

The creative social media-powered billboards offer a clever way to engage young members of the public across multiple advertising channels.