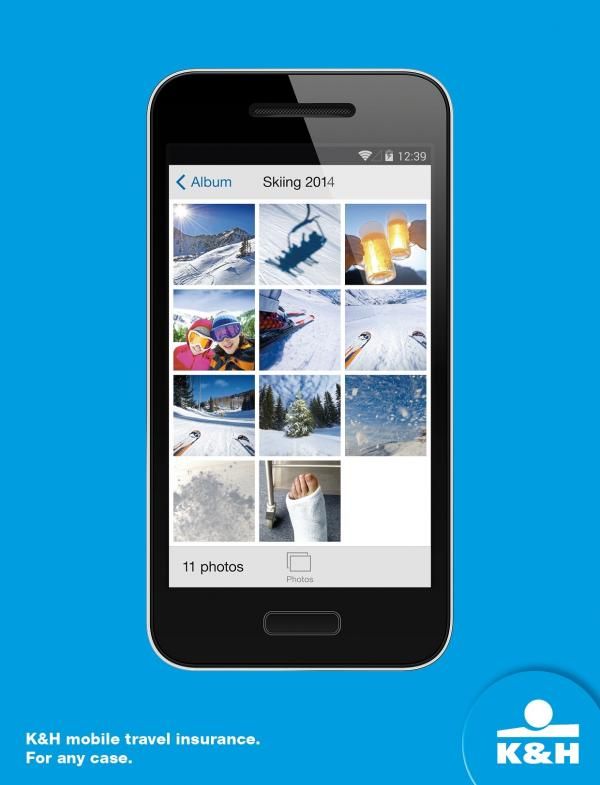 Laura McQuarrie — November 12, 2014 — Marketing
References: adsoftheworld & coloribus
Share on Facebook Share on Twitter Share on LinkedIn Share on Pinterest
Insurance ads aren't typically the ones that make you stop and look, but this creative one from K&H tells a compelling narrative. The ad for K&H's mobile travel insurance tells a story through a series of pictures in an album called 'Skiing 2014.'

As you can see from the first photo in the album, the trip starts off on a sunny ski hill, with friends and a little bit of drinking. From there the traveler is able to get in some time on the slopes, but judging from the last few photos, this may be the last time this person gets to enjoy fresh, powdery snow for a while, since running into a tree now leaves this person in a cast. Since these are the kinds of photos that nobody wants to have to take, this is a smart way to advertise being prepared with travel insurance.
2.9
Score
Popularity
Activity
Freshness
Attend Future Festival Virtual