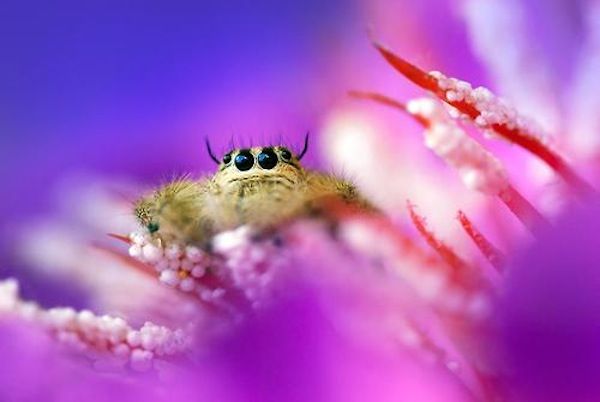 Nordin Seruyan Captured Creatures that Live in His Garden

Some insects captured, like snails and grasshoppers, are familiar to the majority of the world, but other insects only live in that region. The region-specific insects have odd features like fluffy yellow bodies or two sets of eyes. Though they are creepy crawlers, they look beautiful in their brightly colored garden homes. Because the photos were taken with such a high-zoom, the camera picked up the beautiful flowers each bug was perched upon. The flowers boast gorgeous hues of pink and purple, which compliment the uniquely colored bugs.
3.6
Score
Popularity
Activity
Freshness
View Innovation Webinars