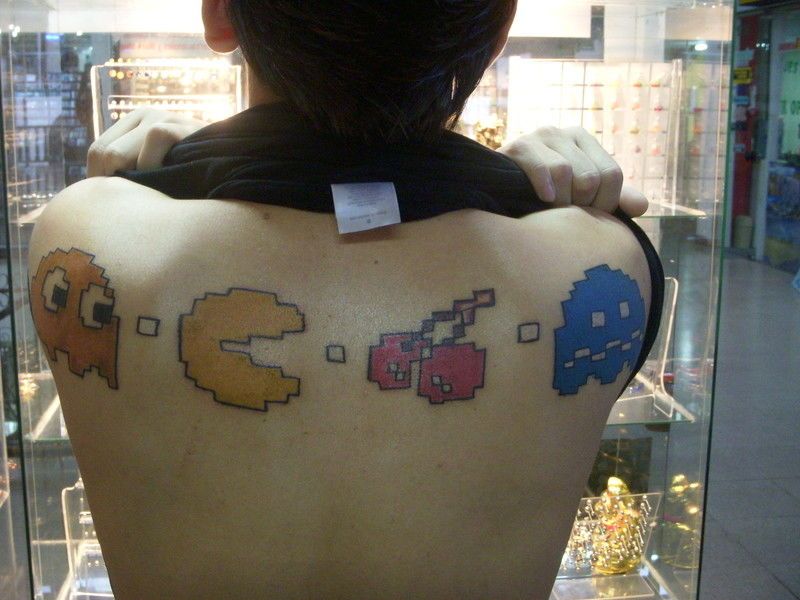 Pacman is a true icon of 1980’s popular culture and has inspired many offshoots, including an animated television series and music.

Pacman has clearly also inspired a lot of tattoos. I find it unnerving that anyone can be so into a game they feel the need to have images permanently etched onto their body. And as for the arcade tattoo, what the heck is going on there?