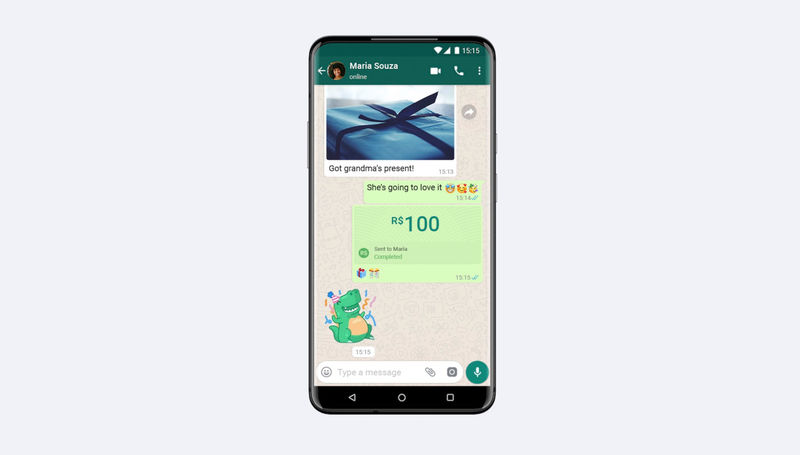 The company released a statement about the launch, “The over 10 million small and micro businesses are the heartbeat of Brazil’s communities. It’s become second nature to send a zap to a business to get questions answered. Now in addition to viewing a store’s catalog, customers will be able to send payments for products as well.”

Users can access the feature by liking their WhatsApp with a credit or debit account, made possible through partnerships between WhatsApp and Brazilian financial institutions including Banco do Brasil, Nubank, as well as Sicredi.

Payments can be made for free, however business will have to pay a processing fee when receiving payments. The system will be secured with either a six-digit PIN or through fingerprint verification.