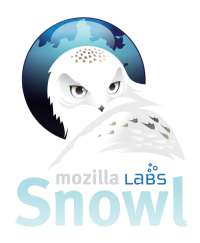 Mozilla Snowl (snow owl, I'm guessing, judging by the graphic) add-on gives users the ability to access all their social tools, from social networking tools like Twitter to RSS feeds and even SMS, directly from their browser.

It lets users surf the web with other people in their networks, and share their thoughts as they browse. Mozilla's hope is to integrate the Thunderbird email system in the future, but even the SMS functionality isn't running smoothly yet.

Snowl is still being tested, but you can download it already here; however, Mozilla says, "primitive implementation with many bugs, and subsequent versions will include changes that break functionality and delete all your messages, making you start over from scratch."

A risk for only the bravest!
1.2
Score
Popularity
Activity
Freshness
View Innovation Webinars