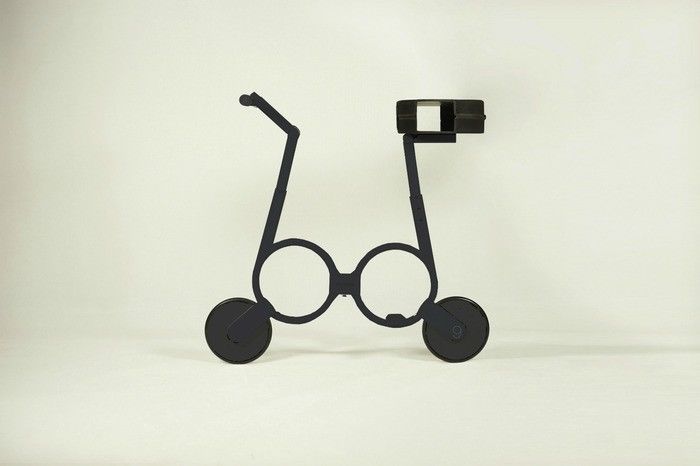 The Impossible Bike Can Be Folded Into A Backpack

Rahul Kalvapalle — November 14, 2014 — Art & Design
References: kickstarter & gizmag
The Impossible bike is a bike, developed by China-based engineers, that can be folded to fit into a backpack. It bears a brushless electric motor that lets it reach speeds of up to 20 km/h.

The Impossible bike is impossibly portable, weighing in at under 5 kg and having a height of just 43 cm when it's folded up. It is powered by ten 2,900 mAh batteries that can be charged from any old wall outlet. It offers a range of 24.8 km on a full charge.

Impossible Technology, the team behind the Impossible Bike, is running a Kickstarter campaign to raise funds for further development and testing. Pledges start at $377, with pledges getting you set up with either a white or black bike in in late 2015 if the campaign hits its fundraising target.
5.2
Score
Popularity
Activity
Freshness

Foldable Two-Wheelers
The Brompton Dock Revamps the Concept of Bikeshares