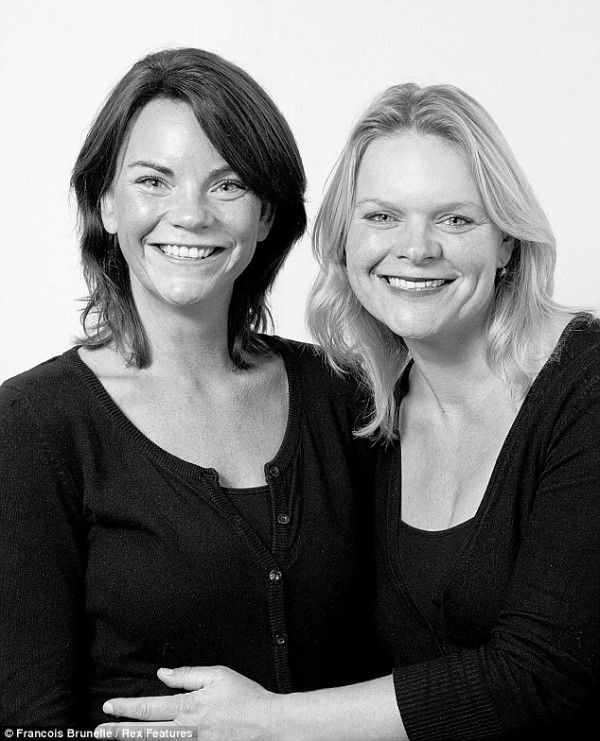 I’m Not a Look-Alike! by Francois Brunelle is Mind-Boggling

Meghan Young — November 11, 2013 — Fashion
References: francoisbrunelle.humaneco & visualnews
Share on Facebook Share on Twitter Share on LinkedIn Share on Pinterest
The I’m Not a Look-Alike! series looks as though it revolves around family members. Yet it takes the work of Ulric Collette to another level. It focuses on the similarities of true doppelgangers, which Wikipedia terms "is a paranormal double of a living person." What makes this truly mind-boggling is that each pair were strangers to each other before meeting up for this project.

Conceived by photographer Francois Brunelle, the I’m Not a Look-Alike! series is comprised of 200 doppelgangers. Captured in black and white, most of his subjects were found in North America, but he is now taking the project around the world in order to create a book and international exhibit. He writes, "The fact that two persons, totally unrelated to each other, sometimes born in different countries, share the same physical appearance is really the essence of the project."
3.6
Score
Popularity
Activity
Freshness
Attend Future Festival