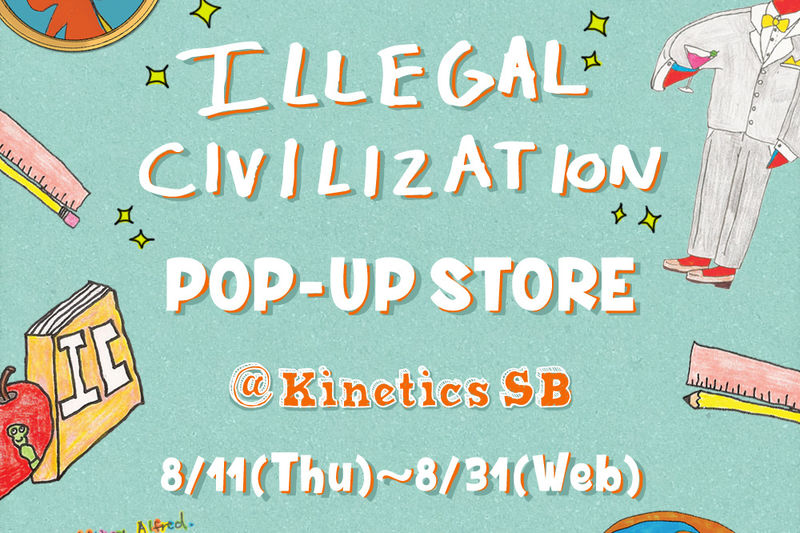 Riley von Niessen — August 11, 2016 — Fashion
References: eyescream.jp & hypebeast
Share on Facebook Share on Twitter Share on LinkedIn Share on Pinterest
Illegal Civilization is a streetwear brand that holds ties to the group Odd Future, meaning that it's events are known to feature impressive celebrity appearances. A past pop-up, HYPEBEAST reports, was attended by Tyler, The Creator and Kali Uchis, a rising Colombian pop star who's done a number of collaborations with the rapper as well.

With Illegal Civilization's summer pop-up, fans of the brand speculate that more surprise appearances are likely to take place, making the Tokyo retail event that much more exciting for attendees.

Included in Illegal Civilization's stock will be a variety of limited-edition apparel that's likely to sell out quickly, especially considering the popularity of streetwear styles among urban Japanese consumers. The event will run for three weeks during August and is located at the Kinetics SB store.
4.3
Score
Popularity
Activity
Freshness
Get the 2021 Trend Report FREE