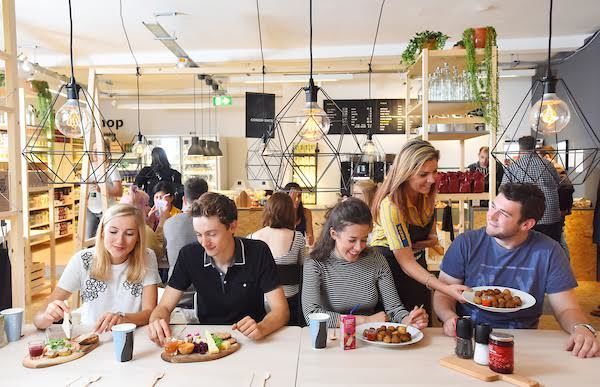 Ikea Standalone Cafes Could Soon Be in City Centers Worldwide

Michael Hines — April 19, 2017 — Art & Design
References: ikea & fastcompany
Share on Facebook Share on Twitter Share on LinkedIn Share on Pinterest
The next big dining destination at cities across the world could be Ikea standalone cafes. In an interview with Fast Company, head of Ikea's US food operations Gerd Diewald talked about how the company is ramping up its food division and how it might soon launch Ikea-branded cafes in city centers worldwide. Food is a major profit driver for the company and it has dabbled in pop-up restaurants in the past.

The popularity of these pop-ups and the increased profits from food seem to be driving the idea of Ikea standalone cafes. The cafes still seems to be in the planning stages as a timeline or specific date for a roll out wasn't given. Lack of timelines aside, Ikea standalone cafes seem like a no-brainer for the company. As of now, though, a decision on standalone restaurants has not been reached. Still, its food is as popular as the furniture it sells, and so long as it can keep offering healthy options at low prices there's no reason to believe people wouldn't stop by an Ikea cafe for lunch.
6
Score
Popularity
Activity
Freshness
Get the 2023 Trend Report FREE