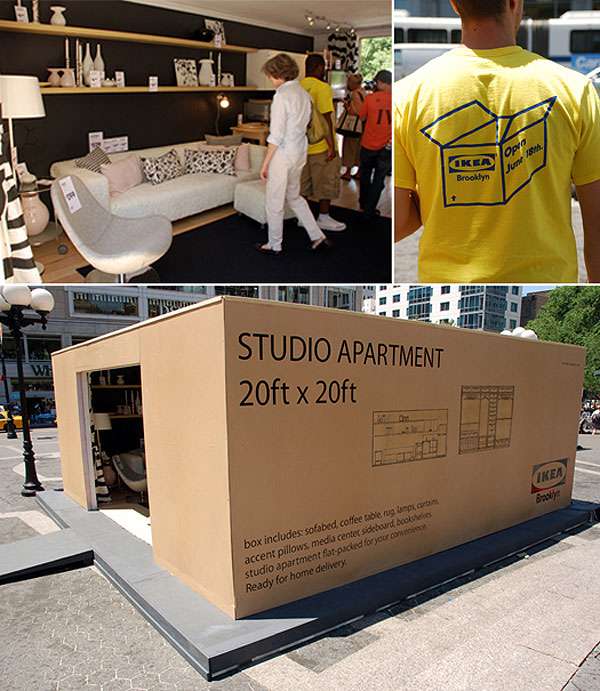 With that goal in mind, the company created â€œpop upâ€ rooms in outdoor public venues in New York City such as Union Square Park in lower Manhattan and various other places in Brooklyn.

The idea behind these 20-foot by 20-foot exhibits which are comprised of living room-sized cardboard boxes that house rooms furnished with IKEA products, is to emphasize that the company has everything a household of any size may need.

Also, as part of this promotional campaign, artist and architect John Hobbs built sculptures of New York City landmarks such as the Brooklyn Bridge, the Brooklyn water towers, and the Empire State Building out of more than 1,000 IKEA flat-pack boxes to promote the opening of the first IKEA store in the city.

The sculptures, some more than 96 feet long and 21 feet tall, were featured in television, print and out-of-home ads and will be on display at the new store in Brooklyn when it opens on June 18.