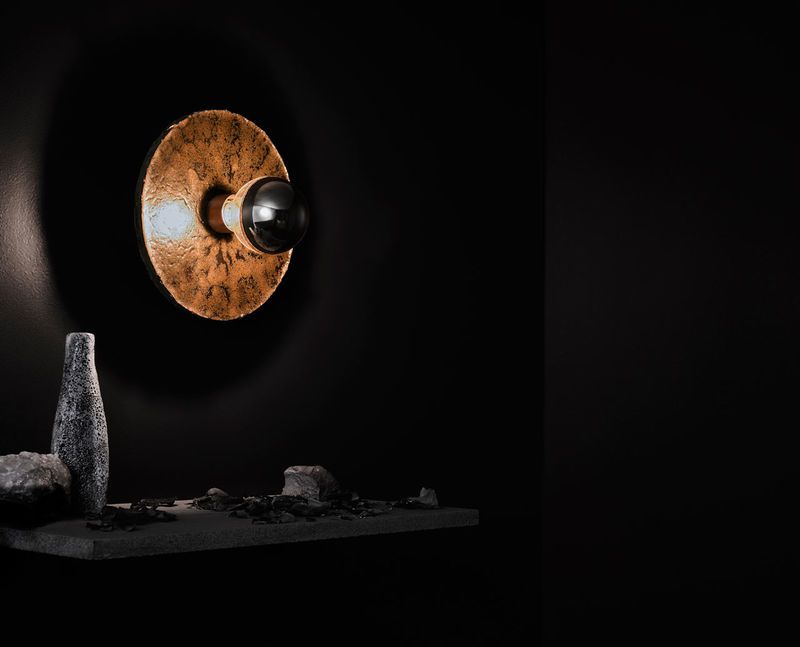 James Walsh's 'Igneous Light' is Made from Victorian Bluestone

Joey Haar — May 3, 2017 — Art & Design
References: jameswalsh.studio & design-milk
Share on Facebook Share on Twitter Share on LinkedIn Share on Pinterest
Like Moses drawing water from the rock, there's something fundamentally religious about combining light and stone, and James Walsh's 'Igneous Light' doesn't seem to shy away from such a connection. The substantive stone lamp lights rooms with a halo that bounces out from its mirrored shade, off the firmly tactile stone backing, and into the air.

The lamp is made from Victorian Bluestone, a common rock in Australia that has a rich history. It has been and continues to be used extensively in the architecture around Melbourne, which in turn contributes to a fair amount of waste in the form of the powder that dusts Victorian Bluestone quarries. James Walsh and Ash Allen collaborated to invent a technique for melting down this powder and turning it into an even stronger form, which they then used for the Igneous Light.
4.4
Score
Popularity
Activity
Freshness
Get Better and Faster