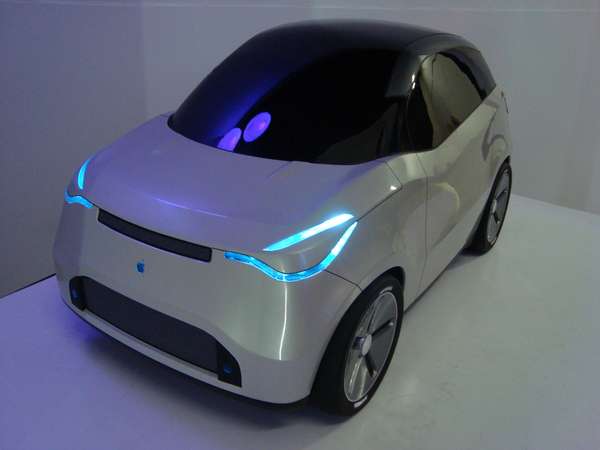 Jennifer Gosnell — August 24, 2012 — Autos
References: behance.net & bitrebels
Share on Facebook Share on Twitter Share on LinkedIn Share on Pinterest
Though it may not be the exact model that Apple will someday release, the 'Igile' Apple Car by Denis Premasi has got Apple design down. With front and back lights that are reminiscent of the power button on any MacBook you could get today, the Igile is definitely similar to something that Jobs could have designed himself -- simple, clean and beautiful.

That Jobs wanted an Apple car is wide knowledge at this point and probably something that the company may be secretly working on. Apple's revolutions to computers, tablets, music, music-listening devices and more has streamlined the marketplace and put Apple on top as rightful king. To expect a car next is not so crazy. When and if they choose to debut their creation, it will be interesting to see if it has any resemblence to Premasi's design.
4.3
Score
Popularity
Activity
Freshness
View Innovation Webinars