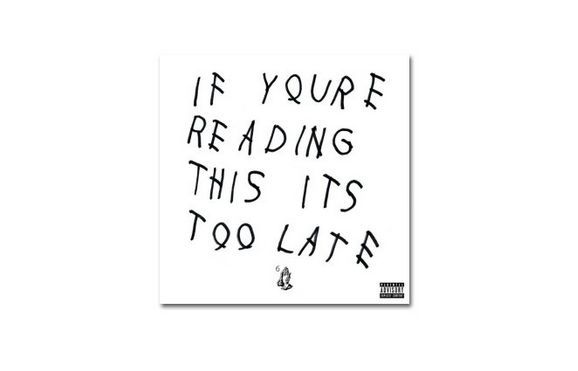 Drake Secretly Releases 'If You're Reading This It's Too Late'

Meghan Young — February 13, 2015 — Pop Culture
References: octobersveryown & hypebeast
Share on Facebook Share on Twitter Share on LinkedIn Share on Pinterest
Some may consider this upcoming weekend Valentine's Day weekend, others will brand it All-Star Weekend, but one rapper would have it be known as Drake's weekend after dropping his unplanned album, If You're Reading This It's Too Late. Pulling a Beyonce, as many have compared the stunt to, it was even preceded with an emotional short film earlier this week.

Made up of 17 tracks, If You're Reading This It's Too Late features such hip-hop heavyweights as PARTYNEXTDOOR, Travi$ Scott and Lil Wayne. One of the tracks happens to be the previously surfaced '6 God.' A great way to start the weekend, especially for those hailing from Drake's hometown as it is a long weekend, this surprise album is available on iTunes and Soundcloud.
1.7
Score
Popularity
Activity
Freshness
Attend Future Festival