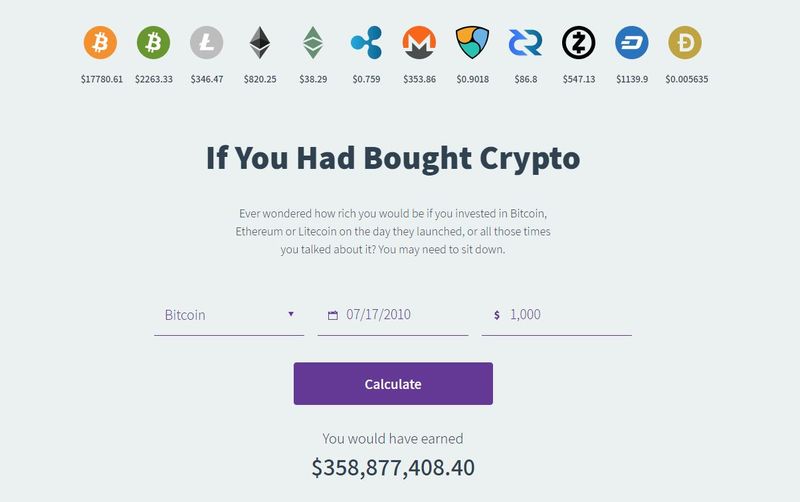 'If You Had Bought Crypto' Shows Profits on Bitcoin Over Time

Joey Haar — December 19, 2017 — Lifestyle
References: ifyouhadboughtcrypto & producthunt
Share on Facebook Share on Twitter Share on LinkedIn Share on Pinterest
Bitcoin's rapid and dizzying ascent in value has been a hot topic in recent days, and so a few playfully masochistic developers decided to create 'If You had Bought Crypto'. The simple site carries out calculations for the amount of money that people could have made if they had bought various cryptocurrencies since their inceptions, boiling hesitant investors' blood in the process.

While the volatility of cryptocurrencies remains a serious issue that even the top economic minds in the world can't predict, the current state of several currencies is already enough to have made some people rich beyond their wildest dreams. The site's opening calculation is set to the profit that one would have made if they invested $1,000 in Bitcoin on the day it was released (in July of 2010), with the figure currently sitting just under $360 million. To add some insult to injury, it then shows how much one could have bought with that money and other people — invariably celebrities — who make similar amounts.
6.3
Score
Popularity
Activity
Freshness
Get Trend Hunter Dashboard