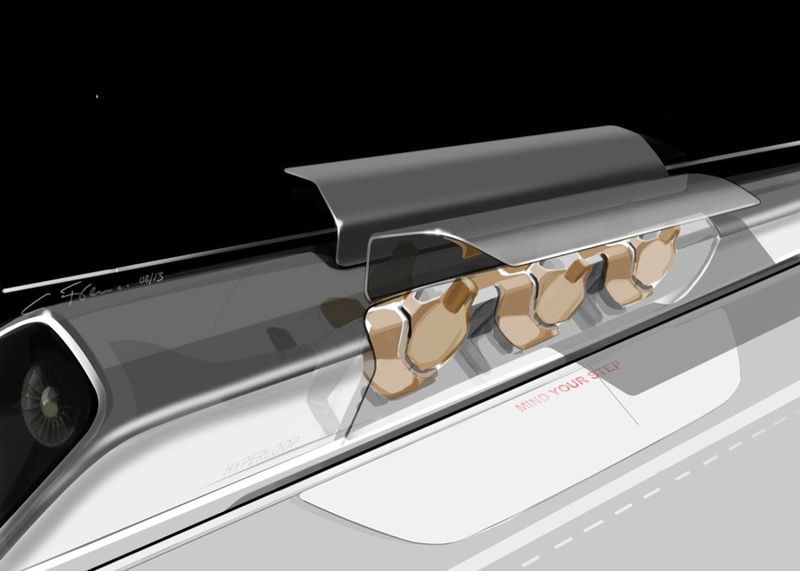 Cadhla Gray — October 26, 2015 — Eco
References: hyperlooptech & dezeen
Share on Facebook Share on Twitter Share on LinkedIn Share on Pinterest
Elon Musk is known for his seemingly absurd ideas, however, like the Hyperloop Transportation system, they consistently prove to shockingly come to existence. The Hyperloop Transportation tubes proposed by the Tesla founder are a series of tubular tunnels that could potentially take people to their destinations at a ludicrous 760 miles per hour.

The tubes will use vacuums and magnets to shoot people sitting on single-file seats through the narrow tunnels. The tests will take 10 million people on this transport system at speeds of 160 MPH.

The test tracks are beginning to be constructed in California next month and if successful, could entirely change the way humans travel. Making road, train and air travel a thing of the past, this vacuum system could provide a cheaper, faster and more environmentally friendly alternative.
5.4
Score
Popularity
Activity
Freshness
Get the 2023 Trend Report FREE

Vacuum-Sucking Collaborations
Hyperloop & Oerlikon Leybold Are Working Together On Transportation

Solar-Powered Charging Stations
The 'Point.One S' is an Eco-Friendly Alternative by BMW