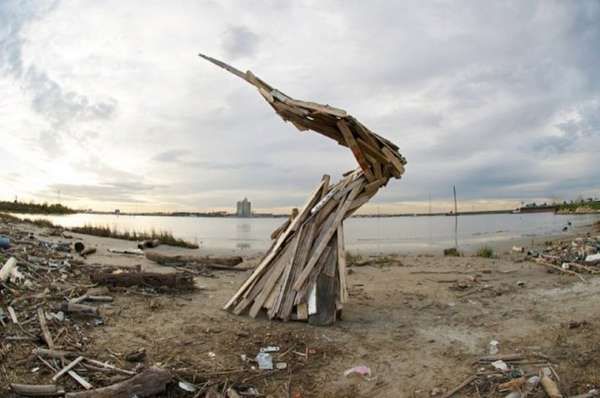 Human Debris by Jeremy Underwood Explores the Pervasion of Pollution

Meghan Young — July 5, 2013 — Eco
References: jeremyunderwood & fubiz.net
Share on Facebook Share on Twitter Share on LinkedIn Share on Pinterest
The sculptures that make up the Human Debris series are so striking, it would take people by surprise that they were made with manmade waste, hence the title. While some people might be taken aback at the thought of beautifying such litter, others will see Human Debris as a natural, if unfortunate, part of life.

Created by Jeremy Underwood, an artist based in Houston, Texas, the Human Debris series explores the environmental conditions of his city's waterways. As written on his website, "Taking reference from such artists as Andy Goldsworthy, Robert Smithson and Richard Long, this work challenges viewers to reflect upon our consumer culture, the relationship we have with our environment and the pervasion of pollution."
4.3
Score
Popularity
Activity
Freshness
Jeremy Gutsche Keynote Speaker