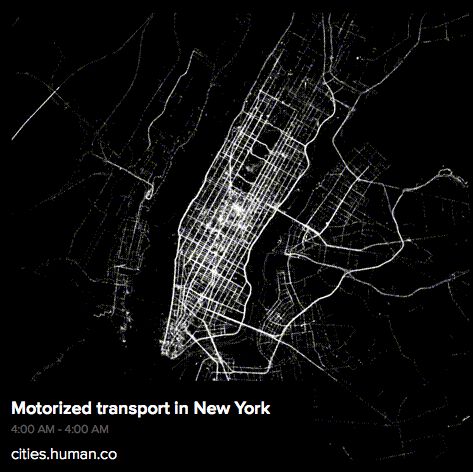 Meghan Young — November 25, 2014 — Tech
References: cities.human.co & buzzfeed
The Human app is a crowdsourced platform that creates maps based on user data. At its very core, it forms incredibly accurate maps that pinpoint where the most traffic in a city is. On a larger level, however, the Human app connects people in a way that is insightful and inspirational. It shows how many people there are in a given place and the potential for making passing or meaningful connections.

What makes the Human app even more interesting, however, is the fact that it is made up of white pixels, each one represents a moving human. Form New York to San Francisco and London, the Human app tracks people's movements in beautiful ways. The map glimmers and shines like a constellation.