Paintings Made With Tar 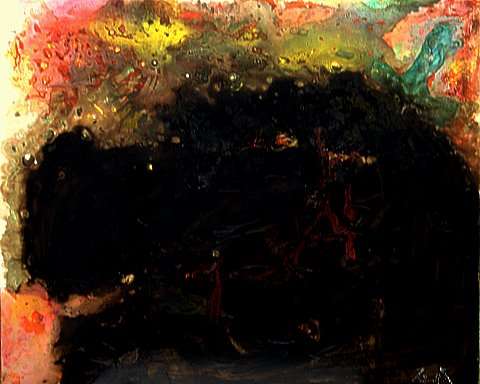 falcon — July 21, 2008 — Art & Design
References: ted.co.il & jpost
This painting series of tar paintings are part of Theodor Barr's main body of deep space works that were exhibited at the Gora gallery in MontrÃ©al, Canada this year.

Barr translated the forms and colors viewed from deep space, sent to earth by the Hubble telescope, into live, vivid and powerful art. In his current paintings, Barr uses his unique technique of multilevel tar, acrylic and oil combinations to demonstrate the basic forms of galaxies and nebulae. The most radiant, remote and gallant galaxies come to life on big canvases.

Barr displays a constant search for the elementary forces that created the universe, as can be detected in supernovas, pulsars, red giants, gamma rays burst and other galactic gigantic phenomena's.
The combination between Barr's inspiration from the celestial skies and his private esoteric language gives those paintings a new dimension of artistic expression.