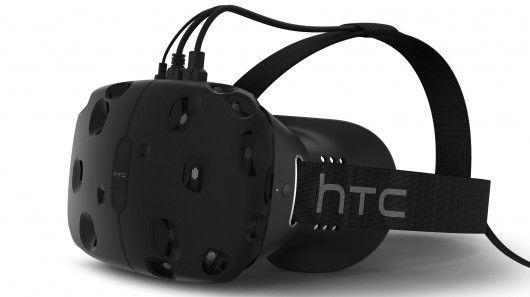 Rahul Kalvapalle — March 2, 2015 — Tech
References: htcvr & gizmag
The HTC Vive is a virtual reality headset, developed in partnership with gaming giants Valve, that not only offers high-end specs but can also work without an inserted phone -- unlike Samsung's virtual reality offering.

The HTC Vive stands out because it includes a whole array of sensors including a gyrosensor, accelerometer and laser position sensor. These sensors track not just your head position but also your physical location in a room up to 15 x 15 feet. Used in conjunction with Steam VR base stations, this technology lets you walk around your virtual environment.

With virtual reality gaming not far away from becoming commonplace, HTC's entry into the virtual reality headset -- and its collaboration with a gaming manufacturer giant like Valve -- could revolutionize the gaming world.
3.9
Score
Popularity
Activity
Freshness