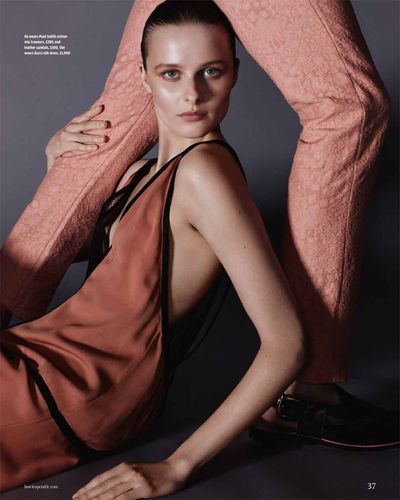 In addition to focusing on the eccentric beauty of this couture couple, Roemer also used the pair to display the apparel pairings of stylist Mitchell Belk. Although Belk incorporated a series of colors, seen in pastel purples, light yellows and bright pinks, he also stuck to a relatively consistent motif via professional ensembles.

Although best suited to office settings, Pavlova and Steuart appeared sensuous and romantic in each photo. Whether toting geometric bags or flaunting business suits, they came across as if in a real relationship.
1.9
Score
Popularity
Activity
Freshness
Get Trend Hunter Dashboard