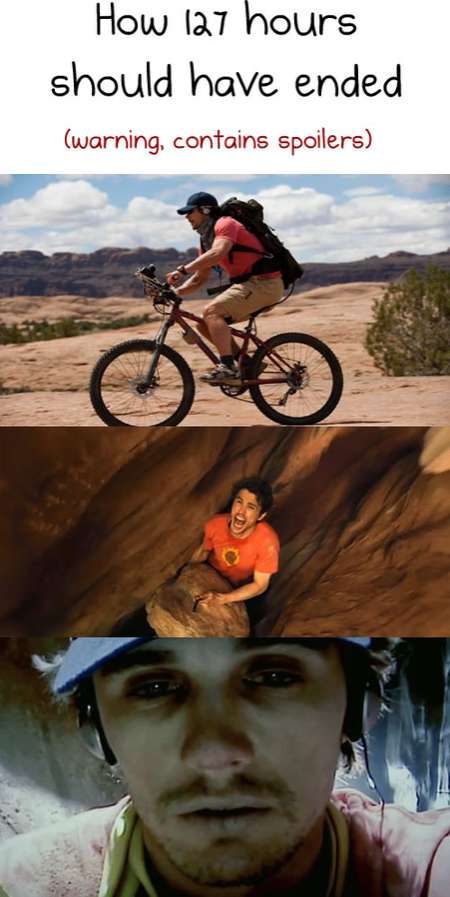 How 127 Hours Should Have Ended Darkens an Already Sad Film

Jason Soy — May 30, 2011 — Pop Culture
References: theoatmeal
How 127 Hours Should Have Ended is one in a long line of Internet parodies that suggests alternate film endings. It seems that with the power of screenshots, anyone on the Internet can direct his own storyboards, and the results are often hilarious.

In this particular web comic, we see the movie 127 Hours starring James Franco end on a down beat: our protagonist ultimately dies and the story of hope and survival takes an anticlimactic turn. Dark humor for sure, but maybe it went a little too dark?

Web comics such as How 127 Hours Should Have Ended can be found on various meme websites, but why not join in on the fun and edit a movie into a web comic for yourself?
3.8
Score
Popularity
Activity
Freshness