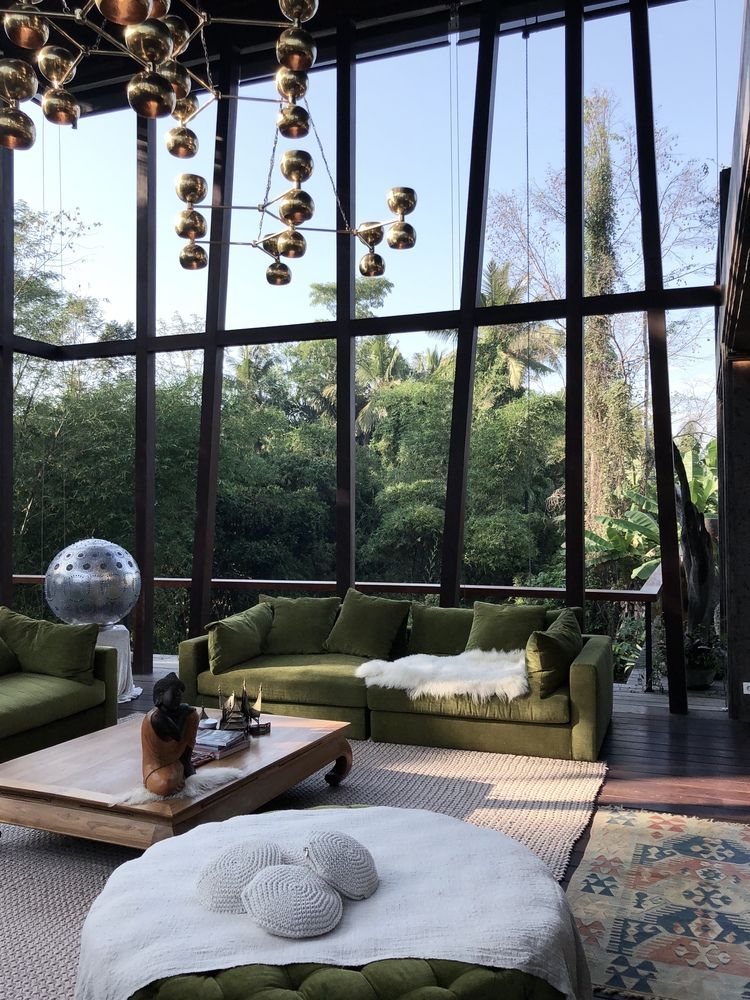 'House A' Embraces the Overgrowth from Its Surroundings

Joey Haar — June 8, 2018 — Art & Design
References: archdaily
Share on Facebook Share on Twitter Share on LinkedIn Share on Pinterest
In the debate between minimalism and maximalism, House A sides firmly with the latter. The home, which was designed by Alexis Dornier, is lush and lux in every regard, in a way serving as an extension of the wild environs in which it sits.

If the above minimal versus maximal argument were extended to nature, it's clear where different environments would fall. The barren tundra and snowy scapes of places like Scandinavia are clearly minimalist, while the verdant biodiversity of jungles throughout the world represent maximalism. House A is in the middle of a relatively untouched section of Indonesian jungle, outside of a town called Ubud, and as such, it takes that into account in its design. The home embraces the growth of nature, with plants and foliage nearly everywhere.