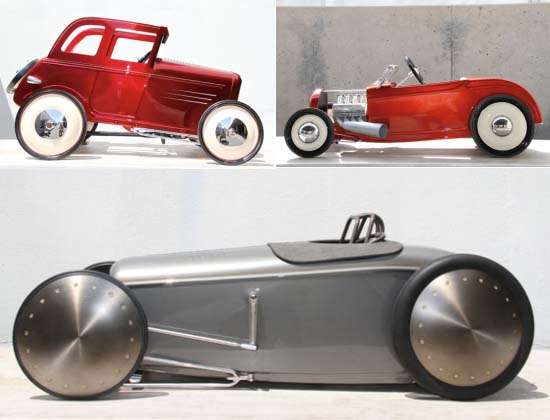 In celebration of the 80th anniversary of Ford Deuce that was founded in 1932, these pedal-powered toy cars are meant for, specifically, children. However, priced between $8,000 and $12,000, they are hardly meant for just any child, but rather the children of the rich and famous.

More expensive than some real-sized used vehicles, these collector's edition cars have some fantastic designs that capitalize on the era during which the company was founded. With gorgeous paint finishes and metallic bodies, the Ford Deuce Hot Rod pedal cars come in a variety of designs including racers, traditional and custom-made designs that all celebrate the era of the dirty thirties.
5
Score
Popularity
Activity
Freshness
Jeremy Gutsche Keynote Speaker