Beverages That Clean The Baltic Sea 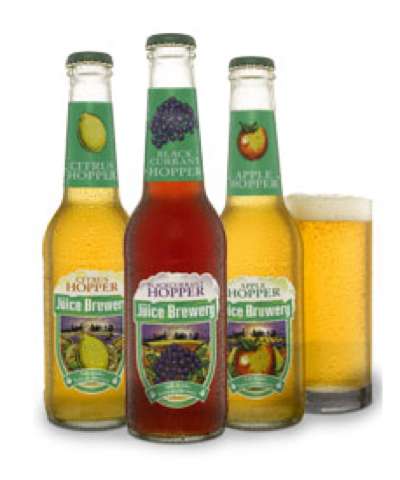 Marissa Brassfield — January 15, 2009 — Lifestyle
References: juicebrewery
Share on Facebook Share on Twitter Share on LinkedIn Share on Pinterest
Being the designated driver just got a lot cooler with the launch of Hopper soft drinks from the Juice Brewery. They’re made with hops, malt, wheat, and barley--just like your favorite brew--but they’re also infused with natural fruit flavors for a non-alcoholic beverage that doesn’t feel as juvenile as a regular soda.

What I like in particular about Hopper beverages is that they have a nice foamy head when poured into a glass. It’d be tough to tell an Apple Hopper or a Citrus Hopper apart from a light domestic beer or Belgian-style wheat beer. That said, the Juice Brewery’s offerings aren’t a nonalcoholic beer by any means. These are natural juice beverages that have been made with traditional beer ingredients. For traditionalists, this doesn’t sound like a combination that would work, but it does--in spades.

There’s another fun fact about Hopper that made it easy for me to give them a shot: Juice Brewery’s CEO, Tim Dewey. He spent over 20 years with Diageo (in charge of Guinness), William Grant & Sons and SAB Miller. Here’s what he has to say about Hopper below.
2
Score
Popularity
Activity
Freshness
View Innovation Webinars