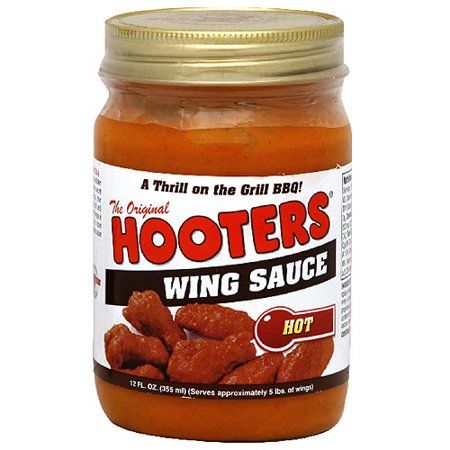 Hooters Wing Sauce Can Now Be Found in Grocery Stores

Katherine Pendrill — February 17, 2020 — Marketing
References: walmart & delish
If you love the taste of Hooters' famous wings, but can't make it to the restaurant, you can now pick up Hooters Wing Sauce on your next grocery run.

Hooters Wing Sauce was recently spotted at a Redners grocery store by the Instagrammer @foodiewiththebeasts. The eagle-eyed shopper found the sauce in the condiment aisle in both Hot and Medium varieties. According to the packaging, the sauces are based on the same recipe used in the restaurant chain and are described as "A Thrill on the Grill BBQ!"

If you don't have a Redners in your area, you can also find Hooters Wing Sauce in places like Walmart and Netrition, which also carry Honey Thai and Extra Hot (3 Mile Island) varieties.