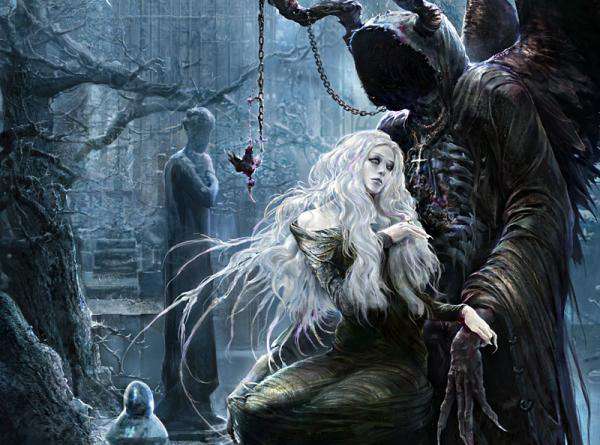 Jason Soy — February 3, 2012 — Art & Design
References: zemotion.net & cuded
Share on Facebook Share on Twitter Share on LinkedIn Share on Pinterest
Hong Kuang is the talented art director, concept artist and illustrator behind these grandiose gothic paintings. Normally, things like skeletons, ghostly pale women and personifications of death would be difficult images to sell to mainstream audiences, but Kuang renders each of his paintings so beautifully and with such meticulous care, he easily wins over even the toughest of critics.

Hong Kuang’s vivid imagination is simply unparalleled by anyone in the industry. Every one of his illustrations is packed with excessive amounts of data that even cameras would have a difficult time capturing, but the Beijing-based artist is able to conjure up the most minute details when rendering his pieces. It’s as though he’s painting from real references, though such creatures can’t possibly exist in the tangible world.
5.9
Score
Popularity
Activity
Freshness
View Innovation Webinars