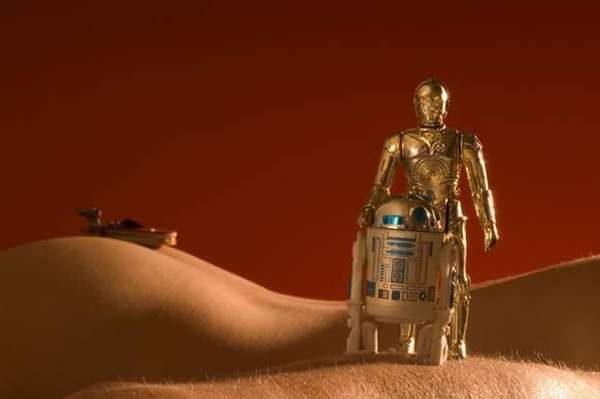 Homer Liwag Brings Star Wars and the Female Anatomy Together

The images at first are simple, with the background perceived as structure of Tatooine, the desert planet in the cult films. However, at closer inspection the viewer can see that C3PO and R2-D2 are not on the sandy planet, but rather the female body.

With cleverly placed Star Wars vehicles, the female flesh shown is only pure skin. Homer Liwag's ability to capture the droids in a female landscape is truly flawless. The viewer can easily draw the conclusion that the female body and its curves replicates the sandy, flesh-colored planet of the Star Wars franchise. Homer Liwag has created an awesome photo series for the Star Wars fans.
4.4
Score
Popularity
Activity
Freshness
View Innovation Webinars