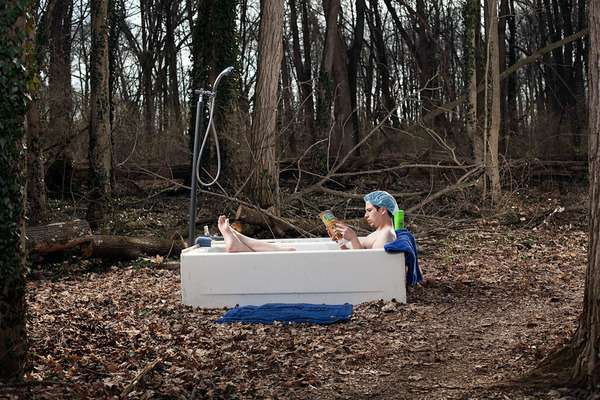 This James Rasp Series is Thought-Provoking

The series depicts a person interacting with some arrangement of everyday furniture in a way perfectly appropriate to that furniture; the only curious part is that the furniture and people are not inside a house, but outside in streets and fields. Scenes like these instantly make one appreciate creature comforts often taken for granted.

Though the series touches on serious themes, it is also somewhat humorous. For instance, in one shot, James Rasp depicts a woman sitting at a desk, typing on a computer. In another, he shows a man lying in a tub in the middle of a forest.
6.2
Score
Popularity
Activity
Freshness
Jeremy Gutsche Keynote Speaker