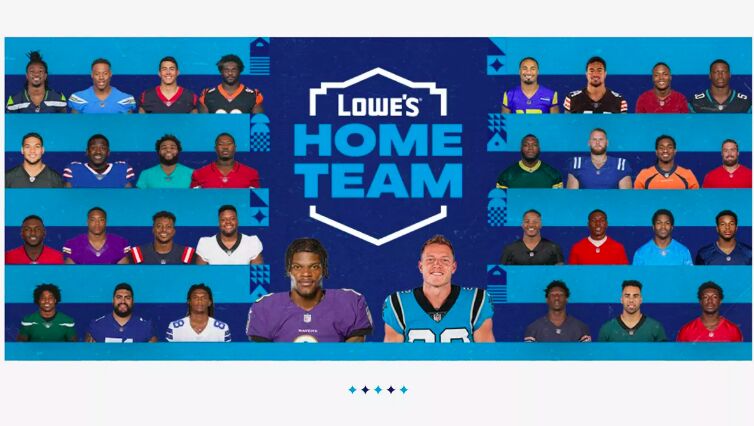 Ellen Smith — February 2, 2021 — Marketing
References: lowes & adweek
Share on Facebook Share on Twitter Share on LinkedIn Share on Pinterest
Lowe's #HomeForaHome campaign is taking a thoughtful approach to this year's Super Bowl. Many brands are reallocating their ad spend toward COVID-19 relief efforts, but instead of opting out of the Super Bowl entirely, Lowe's aims to leverage game day excitement, for a good cause.

The #HomeForaHome campaign will support front line workers who are in critical need of home repairs. According to Lowe's, every time a Super Bowl ad mentions the words home, the brand will pledge to complete a repair. On top of this hands-on effort, Lowe's will be donating $100,000 USD. “When we thought about how we wanted to show up at Super Bowl, the crowning moment of the football season, we just felt that the answer wasn’t a commercial,” spoke Marisa Thalberg, Lowe’s evp and chief brand and marketing officer.