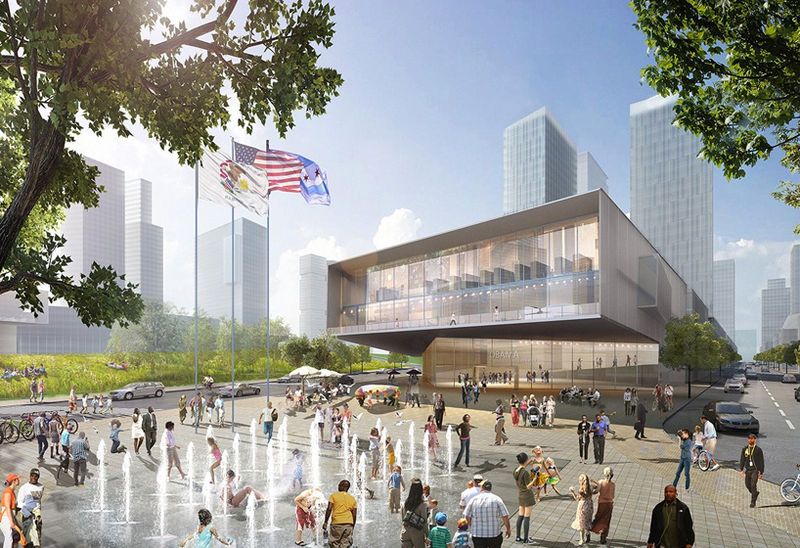 HOK Presents a Plan for the Barack Obama Library in Chicago

Jamie Danielle Munro — June 24, 2014 — Social Good
References: hok & designboom
Share on Facebook Share on Twitter Share on LinkedIn Share on Pinterest
HOK is a global design and architectural firm that has recently proposed a library in tribute to Barack Obama. The proposed structure would go up in Chicago, more specifically in the area of Bronzeville on the South side of the city.

The proposed library has a transparent facade on the ends, allowing for people working inside to gaze out on the park-like section below. A water park is part of the development too, encouraging people to relax and play in the general area. It also looks as though the setup would be right next to the lake, which usually has a peaceful effect on many individuals. For those stressed out when studying for exams, this would certainly be an advantage.