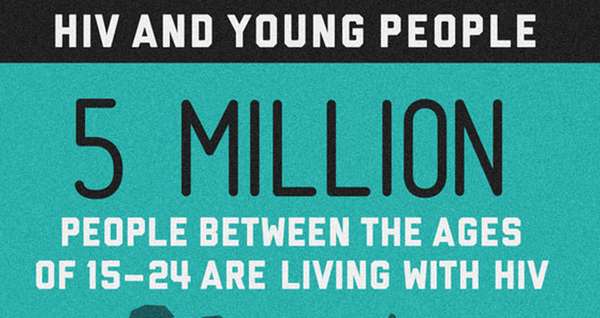 The ‘HIV and Young People’ Infographic is a Health Reality

With over 5 million young people suffering from HIV all over the world, but predominantly in Sub-Saharan Africa, it would seem that more must be done to prevent the spread of this terrible disease. With over 3,000 people being infected every single day with HIV, young people are the target audience for the message of this infographic as they pose the greatest hope for ending the disease.