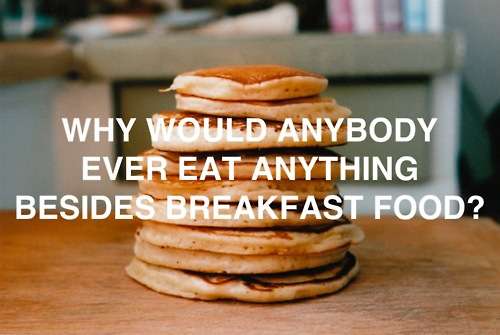 The 'Hipster Parks and Rec' Tumblr is Too Cool for School

Marie C. Hudson — August 21, 2011 — Pop Culture
References: hipsterparksandrec.tumblr & hipsterparksandrec.tumblr
Irony and sarcasm are the main attraction of the 'Hipster Parks and Rec' Tumblr, which sets quotes from the NBC show 'Parks and Recreation' atop typical hipster art. The concept is borrowed from popular photoblogs that use inspirational phrases against faded photography, which have become a huge phenomenon on Tumblr and other online communities.

My favorite quote from the Amy Poehler-led show to receive the hipster treatment reads, "Derek is gay but he's straight for me but he's gay for Ben and Ben's really gay for Derek and I hate Ben. It's not really that complicated." While some are character-specific, others are much more general and can be appreciated by people who have never even seen the show.

The 'Hipster Parks and Rec' Tumblr is definitely one of my photoblogs at the moment. The blog is updated daily, as the list of hilarious quotes builds with every memorable episode of the hit series.
6.5
Score
Popularity
Activity
Freshness