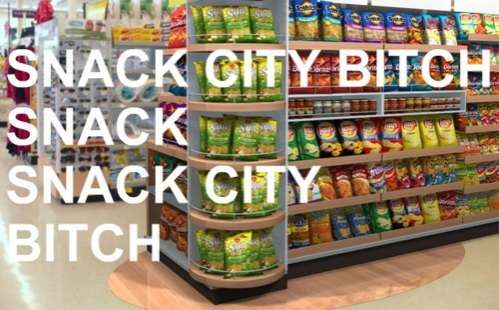 The tumblr presents a humorous take on Tyga's 'Rack City,' as it's changed to 'Snack City.' The Notorious B.I.G. is also seen throwing his hands in the air while a white couple in Snuggies copies. These are just a couple of hilarious images you'll see on the Hip-Hop Humor tumblr.

The Tumblr is a collection of pictures, video clips and sound bites of all things humorous in the world of hip hop. It features well-known hip-hop artists Snoop Dogg, Lil Wayne, Xzibit, Jay Z, Drake and more in funny Photoshopped images and awkward situations. Of course, the Tumblr wouldn't be complete without Kanye West spouting angry rants.

One of the funniest images is of Snoop Dogg and Martha Stewart standing next to each other in a kitchen with a caption that reads, "One of these is a convicted felon."

The author of the Tumblr isn't known, but if you want to contribute your own hip-hop humor to it you can email hiphophumor@gmail.com.