Political Spoofs as a Protest 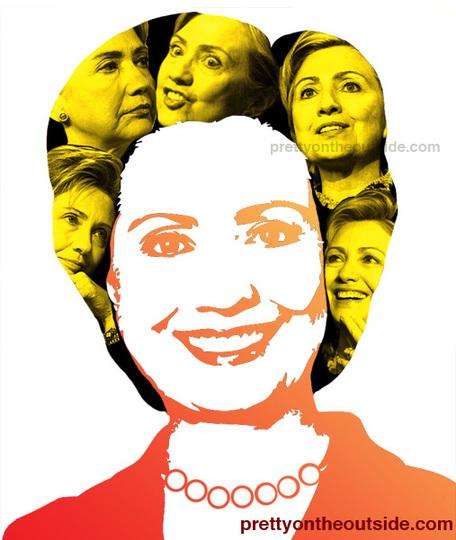 Ayman — April 1, 2008 — Pop Culture
References: prettyontheoutside.typepad
The talented artist at Pretty On The Outside has created this artistic spoof of Hillary Clinton for Sunsilk campaign as a protest of the way the candidates have been acting. He finds it "odd that our presidential candidates are dancing on Ellen, appearing on Saturday Night Live, and worst of all, being interviewed by Tyra?"

He asks, "What's next? Will Barack have to appear on an American Idol results show? Will Hillary have to put out a Timerlake/ Timbaland produced track? "

I myself have found it hard to swallow when I saw Barack on Tyra. It's one thing to reach out to the young generation, but it does not mean you have to make a fool of yourself!

A portrait of Hilary is created in the same style of the recent Sunsilk "Life Can't Wait" campaign with Madonna, Shakira and Monroe. The image is complete with little Hilary's in the hair...