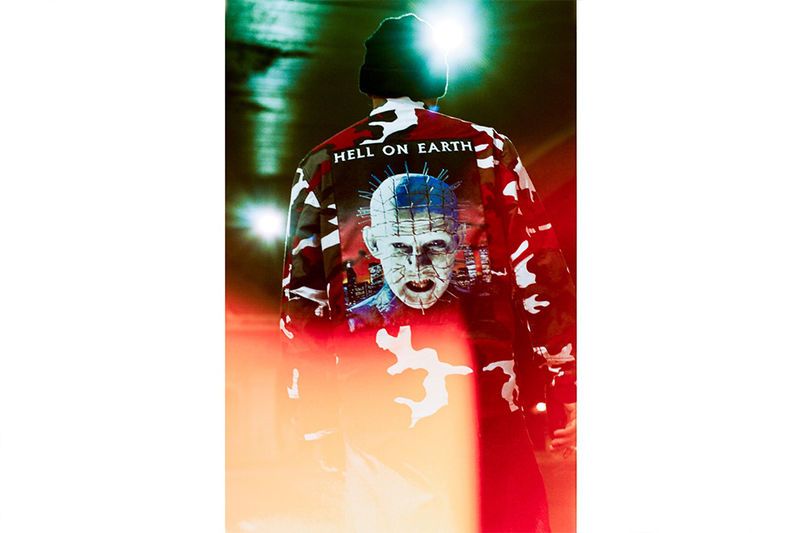 Supreme Collaborates with Hellraiser for a Scary SS18 Capsule

Amy Duong — April 24, 2018 — Fashion
References: supremenewyork & highsnobiety
Share on Facebook Share on Twitter Share on LinkedIn Share on Pinterest
Streetwear giant Supreme works with the 1987 horror film 'Hellraiser' to create a new range of goods for the spring/summer 2018 season. The story of Hellraiser follows the character Frank Botton, who embarks on a journey to find a realm of carnal pleasures. To do so, he has to solve a mystery puzzle box. Instead, the box unveils sadomasochistic monsters entitled Cenobites, led by antagonist Pinhead. The film fuses eroticism with gore and captivated the attention of horror-enthusiasts. The face of the entire film series is without a doubt Pinhead, and he is seen over the new seasonal pieces.