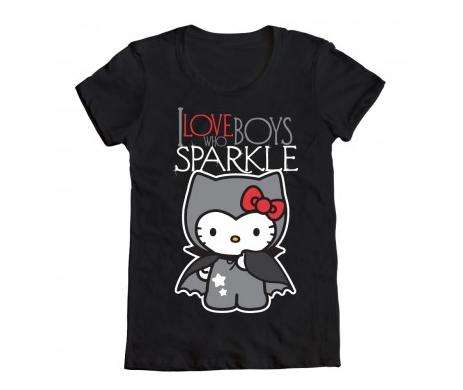 These adorable Hello Kitty Twilight T-shirts come in two varieties. The first is for those on "Team Edward." This shirt says, "I love boys who sparkle" and features the kitty wearing a black cape with stars on its body. The other, for those who will forever be on "Team Jacob," simply says, "I love werewolves" and has the kitty in an adorable brown wolf getup.

If you didn't get a chance to see the movie on opening night -- or if you're going for round two -- then you can still score these Hello Kitty tees to wear for the flick.
2.3
Score
Popularity
Activity
Freshness
Get Trend Hunter Dashboard