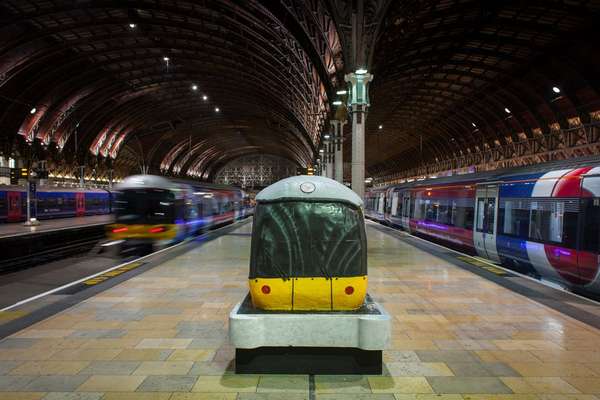 A Cake Commissioned by Heathrow Express Replicates a Real Train

Alexander Lam — June 26, 2013 — Lifestyle
References: misscakehead.wordpress & laughingsquid
Turning trains delicious, culinary artists at Miss Cakehead and Eat Your Heart Out created a life size train cake for the Heathrow Express. The giant cake was commissioned for the 15 year anniversary of the train service. The cake artists created the gargantuan cake in London, England's Paddington Station so that people passing through the terminal could see the culinary masterpiece.

The team of cake designers and chefs stayed true to the original trains and made the replica to be approximately the same height. In addition, the Heathrow Express cake was made to be four meters long. Over the course of 30 hours, the team tirelessly used various powertools to construct the baked locomotive.

In addition to the giant cake, the team created five mini train cakes. The cakes were sent to press members to promote the event.
2.4
Score
Popularity
Activity
Freshness