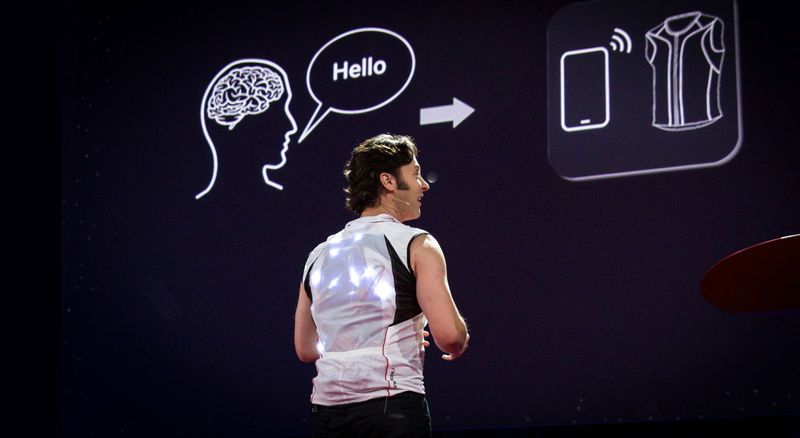 The wearable device is called 'VEST,' which is an acronym for Versatile Extra-Sensory Transducer. Equipped with 48 transducers and motors, the VEST functions by converting external sounds into vibrations that the wearer can physically feel on their back and chest. The VEST is able to pick up spoken words as well as ambient noises, which allows the wearer to experience the entire soundscape of the world around them.

Currently the technology is being tested on a 37-year-old deaf man, who was able to unlock the code-less language of the vibrations after only five days. While the VEST is only a prototype, the technology may prove to be beneficial for many people who suffer from hearing impairments.
2.2
Score
Popularity
Activity
Freshness
Attend Future Festival