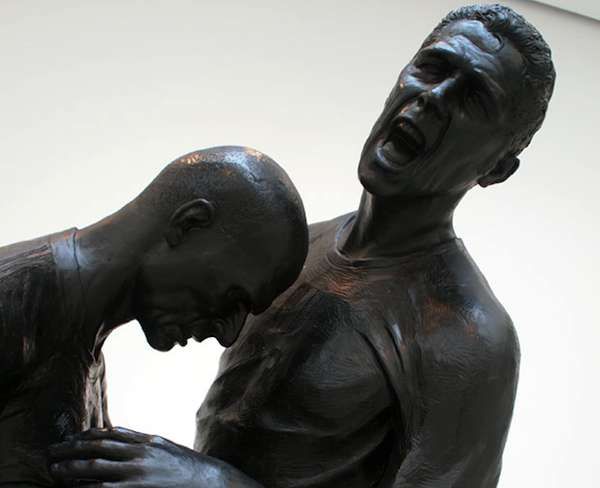 The shocking act was unprecedented and became one of the most dramatic sports events of the decade. French player Zidane was allegedly provoked with a string of words from Italian player, Marco Materazzi. Zidane, acting on the spur of the moment, delivered a headbutt that would be the talk in newsrooms for days across the globe. Not only did he gain infamy for many years still to come, he was immediately given the red card, brought down the morale of his team and loss the chance to hoist the World Cup that year.

Sculptor Adel Abdessemed immortalized this unfortunate event and is titled 'Coup de tête' in his 'Who’s Afraid Of The Big Bad Wolf?' exhibition. In a press release, the premise of the show is to incorporate various works with the themes of war, violence and spectatorship. Zidane's headbutt surprised viewers everywhere and this sculpture can very well explain why.