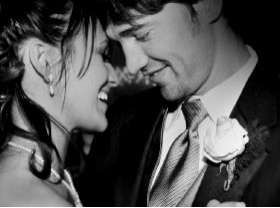 thischick — June 15, 2008 — Lifestyle
References: arrangedmarriagetv
Share on Facebook Share on Twitter Share on LinkedIn Share on Pinterest
We've pretty much seen everything there is to see when it comes to reality television. We've witnessed extreme examples of what people will do for money and what people will do for love. But what about what people will do for the opportunity to find a lifelong mate? HBO and Lifetime Television are now looking to cast four people to be in their newest reality television show called â€Arranged Marriageâ€. The concept is that arranged marriage has a success rate of 85% and the producers hope to test out that success rate with the four participants on the show. The chosen four will have to marry a complete stranger chosen for them by family and friends and the cameras will document the making of the marriage and how a lifelong bond forms between two strangers. It's an interesting opportunity but maybe reality television has gone a little too far.
3.6
Score
Popularity
Activity
Freshness
View Innovation Webinars