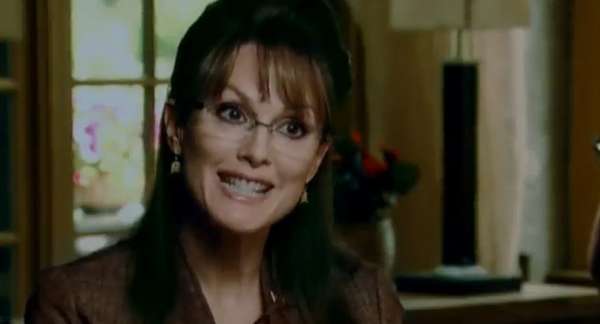 Rebecca Byers — February 2, 2012 — Pop Culture
References: youtube & buzzfeed
Share on Facebook Share on Twitter Share on LinkedIn Share on Pinterest
The first official trailer has debuted on the Internet for the upcoming HBO film Game Change, which stars Julianne Moore as Sarah Palin. The film, based on a book on the election by journalists John Heilemann and Mark Halperin, depicts John McCain's 2008 presidential campaign and the process of selecting Palin as a running partner and of preparing her for the public eye.

The film will cover the election from the selection process to Palin's near breakdown from the pressure of the campaign, and includes many of her most infamous press slip ups. It seems the film will depict Palin in a sympathetic light, as merely a pawn in the attempts of the Republican campaign to compete with Obama's soaring support in the polls.

Julianne Moore's performance as Palin seems quite promising, with an uncanny resemblance and knack for the former Alaskan governor's mannerisms.