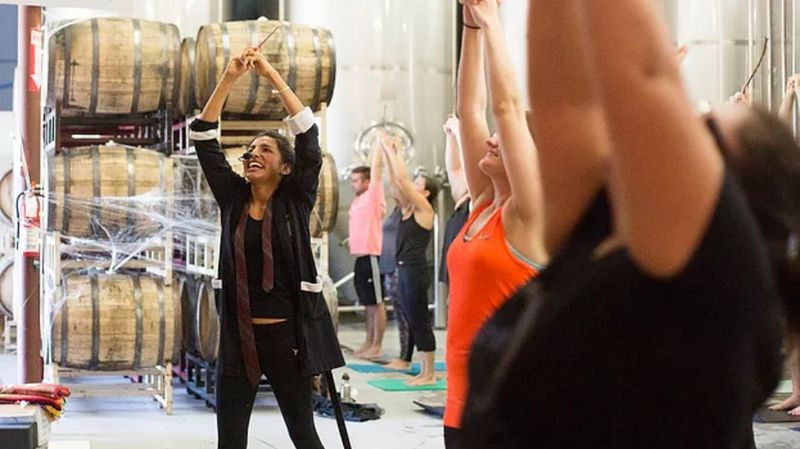 Pints & Poses is usually held in a brewery, but this time around, it was decorated with magical decor, snacks and yogis were treated to excerpts from the book as they stretched. Although the inspiration could have stopped here, the Harry Potter Yoga class also featured cleverly renamed poses, such as the Slytherin Cobra, Downward Fluffy and Reverse Wizards, which offered amusing twists to the classic cobra, downward facing dog and reverse warrior movements.

Officially, the first Pints & Poses class was called 'Deathly Hallows Yoga' and it was followed up by the equally as successful 'Magical Creatures Yoga.'