Classic Covers on New Books
Next
Set of
Related
Ideas 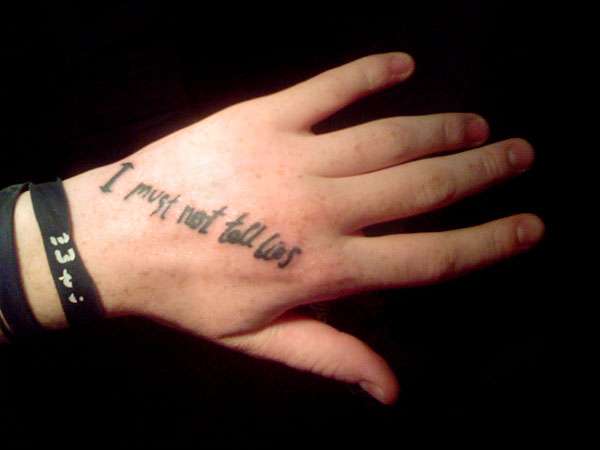 jenn reid — July 18, 2009 — Pop Culture
References: community.livejournal
Share on Facebook Share on Twitter Share on LinkedIn Share on Pinterest
There are fans, and then there are fans. The Harry Potter phenomenon is no stranger to dedicated and sometimes outrageous fans. When the books were released, people pre-ordered months in advance and stood in lines for hours at midnight waiting to get their copy--all in costume, of course.

With the books finished and the movies almost over (the sixth edition, “Harry Potter and the Half Blood Prince,” was just released, and the seventh film is in production already), fans have found new ways to declare their Harry Potter love by tattooing it on themselves.

Some have quotes from the books, while others have images from the movies (like Dobby the house elf). Some feature their favorite spells (from the powerful Expecto Patronum to Sectumsempra, which is specifically ‘for enemies’).

A few fans have even permanently inked themselves with the Dark Mark, a skull and snake tattoo that Voldemort’s supporters wear on their forearms. This might not be the mark that’ll attract new friends or make firts good impressions, but can look incredibly cool. Just ask the guy who got his done in UV ink—making it glow in the dark!

Whether you’re a Slytherin or a Hufflepuff, showing your nerdy love for the epic fantasy series is one way to keep the magic alive, even when the franchise is finished.
6.9
Score
Popularity
Activity
Freshness
Get Better and Faster