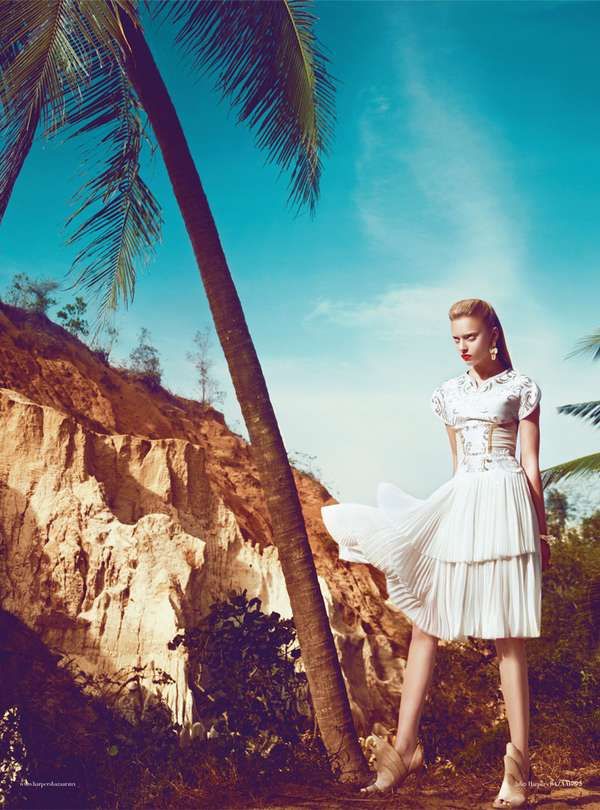 Meghan Young — June 28, 2012 — Fashion
References: harpersbazaar.mx & fashiongonerogue
Share on Facebook Share on Twitter Share on LinkedIn Share on Pinterest
The Harper’s Bazaar Mexico July 2012 editorial is mystical for many reasons. First of all, it is shot in Vietnam at an exotic location known as the Fairy Stream in Mui Ne. Effectively setting the tone of the photoshoot, the alabaster fashion itself is fit for a fairy queen while the makeup is subtly haunting, making the model appear to be a sorceress of some kind.