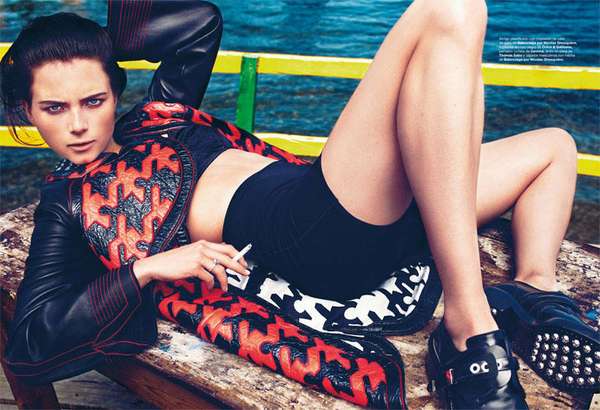 Jordan Sowunmi — May 30, 2011 — Pop Culture
References: harpersbazaar.es & fashiongonerogue
The interplay between attitude, danger and sensuality is evident in the Harper's Bazaar June 2011 issue.

In the Harper's Bazaar June 2011 issue, model Anna de Rijk poses for photographer Txema Yeste in a series of outfits that scream punk princess. In one shot, de Rijk, clad in a frayed leather jacket and leather pants, coolly rides a horse while obscuring her face. In another shot, the Dutch model poses near a body of water while giving the camera a facial expression fit only for a supermodel.

The Harper's Bazaar June 2011 issue is just the latest to feature rising star, Anna de Rijk. She has appeared in editorials for Vogue Paris in both May and April 2011 and was featured in a major W Magazine editorial in March.
5.4
Score
Popularity
Activity
Freshness