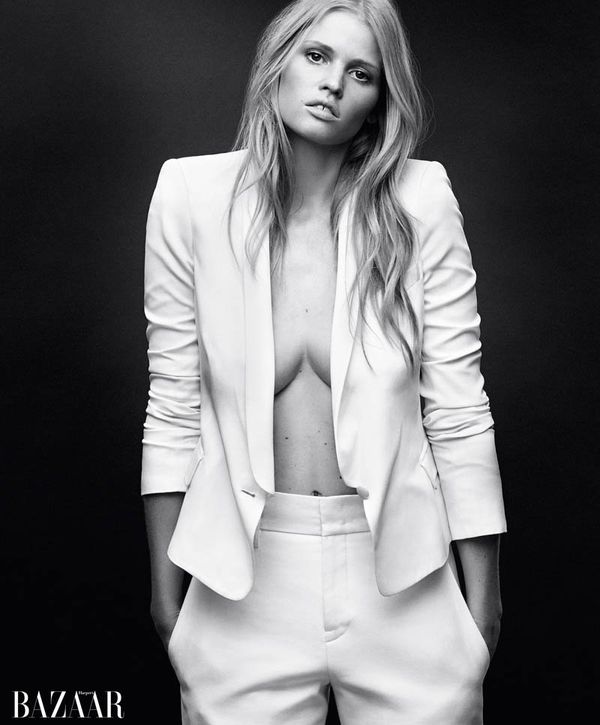 Meghan Young — March 13, 2014 — Fashion
References: harpersbazaar & fashiongonerogue
Share on Facebook Share on Twitter Share on LinkedIn Share on Pinterest
The Harper's Bazaar April 2014 cover shoot stars model Lara Stone, who keeps it simple and sincere if in a sensual and sultry manner. It is hard to tame her smouldering glare after all. Even she admits it, "I haven't got a naturally smiley face. But then there are some people who have really friendly faces, even when they're pissed off, and I imagine that would be more annoying."

Shot in studio by photographer Daniel Jackson, the Harper's Bazaar April 2014 cover shoot is appropriately titled 'Stone Fox.' The blonde beauty is clad in a black and white wardrobe styled by Julia von Boehm, who pulled pieces from the likes of Michael Kors, Gucci and Roberto Cavalli. In the accompanying article, she talks about her rehab stay, turning 30 and more.
5.9
Score
Popularity
Activity
Freshness
Access Advisory Services