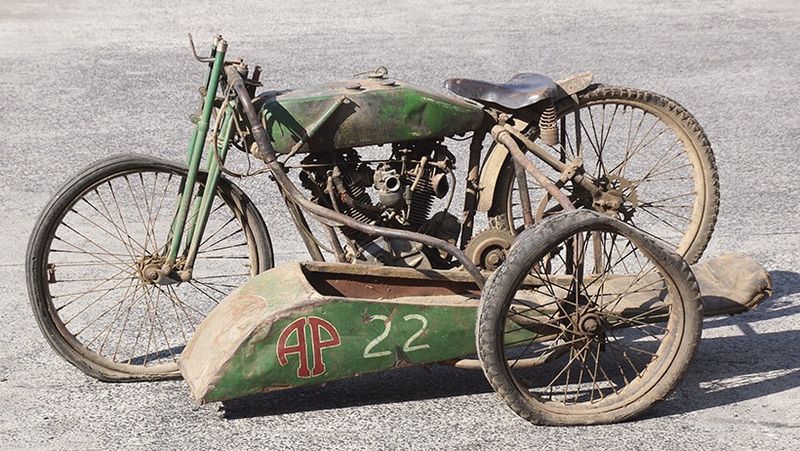 This Harley-Davidson Sidecar and Motorbike is a Rare Find

Rahul Kalvapalle — September 24, 2015 — Autos
References: shannons.au & gizmag
Share on Facebook Share on Twitter Share on LinkedIn Share on Pinterest
This particular Harley-Davidson sidecar and motorcycle combo is a true barn-find, and was found after over half a century's worth of storage in Australia. Whilst Harley-Davidson motorcycle finds from the early 20th century are rare enough, but a motorcycle and sidecar combination is rarer still.

The value of this Harley-Davidson sidecar and motorcycle combo is clearly sky-high, with a bid of $420,000 winning the piece.

These particular vehicles were made obsolete in the USA due to particular peculiarities to do with engine regulations. However, the vehicles were still valid on Australian roads, which is how this particular unit ended up there before being dug up, much to the joy of classic and old-school Harley-Davidson enthusiasts in Australia and around the world.
3.9
Score
Popularity
Activity
Freshness
Get the 2023 Trend Report FREE