Top 100 Food Trends in February
Next
Set of
Related
Ideas 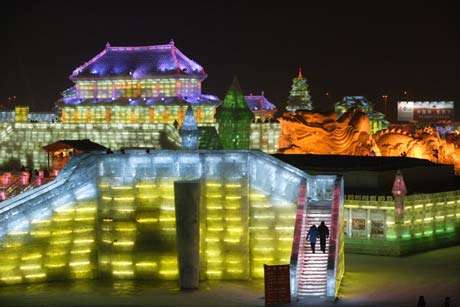 At the 2007 festival in Harbin, China, a Canadian theme was featured, in memoriam of Canadian doctor Norman Bethune. The Ontario native is referred to as "Pai-ch'iu-en" in China, which means "white weeks grace." They regard him as a martyr for the help he lent them in WWII.

Harbin also held a Guinness Record for having the largest snow sculpture at 250 metres long, 28 feet high, using over 13,000 cubic metres of snow. The composition consisted of two parts: "Niagara Falls" and "Crossing the Bering Strait" (the latter depicting the migration of the First Nations).

Check out these pictures, and if that's not enough, take a look at the website and you will find more spectacular views of the Harbin Snow Sculpture Art Fair, the Harbin Ice and Snow World and the Harbin Ice Lantern Party.

The Future of Home Cleaning
An Interview with Rob Nevin, Shark's VP and GM of Canadian Trade