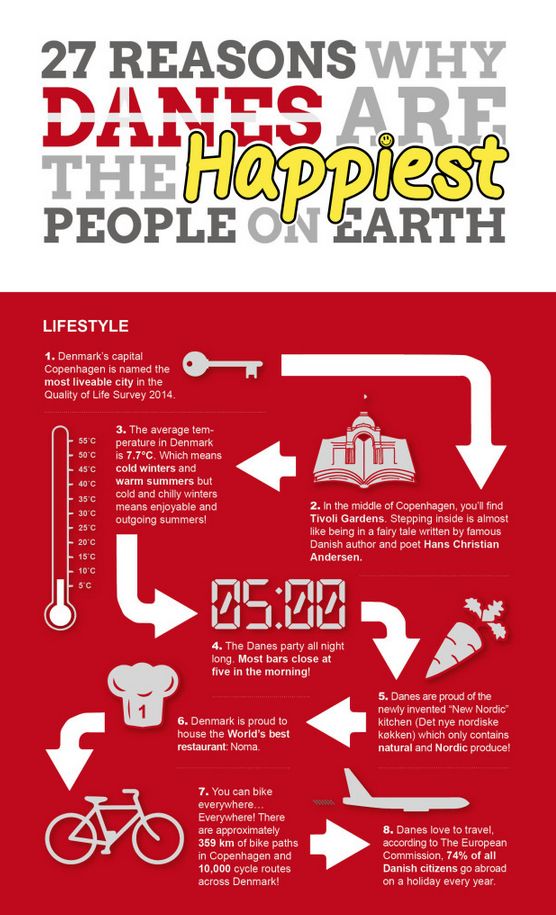 This Infographic Measures the Happiness of Denmark's Citizens

It's been widely reported that Danish people are the happiest people on earth, and this infographic reveals the 27 reasons why that's true, ranging from temperature to socio-economic benefits. A big reason why Danes are so pleased with their lives has to do with a high level of patriotism: a whopping 84% of the population votes during general elections. The Nordic country also offers much in terms of socio benefits, including subsidized child care, outstanding employment insurance plans and financial aid for students.

Beyond government-mandated policies, the Danish have cultivated an exemplary social culture, which includes bars that stay open later, citizens who are more likely to take vacations to a foreign country and a rapidly growing foodie culture.
3.5
Score
Popularity
Activity
Freshness
View Innovation Webinars

Language-Decoding Infographics
This Infographic Shows Where in the U.S. People Use 'Um' or 'Uh'